The Ocean Cafe is a business near the beach in Gold Coast, Australia and is a popular hangout, frequented by the mermaids, Zac, and others. David owns the Ocean Cafe, and he takes part in the family business. Evie also works at Ocean Cafe selling sporty beachwear. She even books scuba diving and other underwater activities there that her father organizes.

A girl named Carly helps David run the cafe while her best friend, Evie, runs a Clothing/ Surf Shop in the cafe. Some of the menu items that in their café they are offering: Lobster, cray fish, tuna, shrimp, fruit juices, lots of other sea food and things that aren't known. 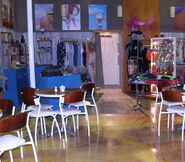 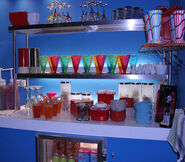 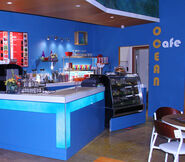 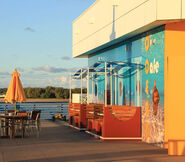 Add a photo to this gallery
Retrieved from "https://mako-mermaids1.fandom.com/wiki/Ocean_Cafe?oldid=9951"
Community content is available under CC-BY-SA unless otherwise noted.